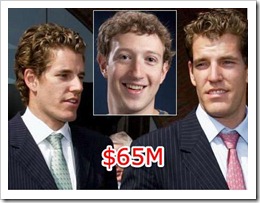 Tyler and Cameron Winklevoss, the twin brothers that hired Mark Zuckerberg to code their idea of ConnectU into a website in 2003 appealed to the 9th Circuit Court of Appeals this January to re-open a $65m legal settlement signed in 2008 with Facebook, a request that was denied at the District Court the brothers then felt compelled to appeal earlier this year. On Monday, the United States 9th Circuit Court of Appeals accordingly ruled that the Winklevosses who say Facebook was stolen from them by Mark Zuckerberg in 2003 when he was hired to code ConnectU and later used the code in 2004 to launch Facebook cannot back out of a deal they willingly made and entered into with the website and affirmed the District Court’s position.

The appeals court said there was no reason to re-open their case against Facebook, further stating that "[t]he Winklevosses are not the first parties bested by a competitor who then seek to gain through litigation what they were unable to achieve in the marketplace," the three Ninth Circuit Court of Appeals judges said in the ruling. "At some point, litigation must come to an end. That point has now been reached." the judges concluded.

Facebook agreed to a settlement to end "rancorous litigation" in 2008 but did not admit Mark Zuckerberg had stolen the idea. In exchange for acceptance of the offer of settlement, the Winklevosses received $20m in cash and $45m worth of stock valued at $36 per share in Facebook.

"For whatever reason, they now want to back out… Like the district court, we see no basis for allowing them to do so," the appeals court judges said, referring to the settlement deal.

The rumor that Facebook will be shutting down entirely on March 15, 2011 caused confusion amongst many as it was thought to be true. Even Google Trends and Twitter had the Facebook shutdown rumor as hot topics and a Facebook group was started to stop Facebook from shutting down.

Although it is unknown how the Facebook shutdown rumor started, two things may have influenced the rumor.  First, a CNN opinion by Douglas Rushkoff wherein Mr. Rushkoff believes that the hype of Facebook will fade and the recent Goldman Sachs investment could signal the beginning of the end.  Additionally, Yahoo announced that it’s Yahoo Video will be closing down on March 15, 2011.

It is easy to see how someone listening to portions of a conversation could end up with Facebook will shut down on March 15, 2011.  However, this is not the case.  Facebook is not shutting down on March 15, 2011 and the rumor is just that – an unfounded rumor.  There is no reason for Facebook fans and users to panic or worry about removing photos from the Facebook site.

Recently, Google made the announcement that it would “turn off its popular email client’s data feed to social media

websites like Facebook” based on lack of data reciprocity.  Facebook, however, found a workaround for users to transfer contact information from Google’s email client, Gmail, by providing their users a two-step solution by adding a link that allows users to first move Gmail contacts to a computer and then in step two the contacts are uploaded to Facebook.  “Surrendering to defeat, Google replied that ‘[a]s passionate believers that people should be able to control the data they create, we will continue to allow our users to export their Google contacts.’”  The initial act of turning off Gmail’s data feed is speculated to be borne out of a deal struck between Facebook and Microsoft that allows user data to power the Bing search engine, Google’s competitor.

Amidst the data dispute, Reuters now reports that ‘someone familiar with the subject’ has announced to the press that Facebook will unveil at an invitation only special event on Monday “across-the-board” changes to their messaging system.  The changes “introduce a full-fledged Web-based email product… 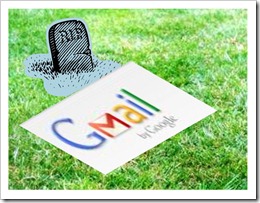 along with providing users @facebook.com email addresses.”  It is speculated that this move could escalate competition between the social media giant of 500,000,000 plus users – Facebook, and Google who controls approximately two-thirds of the search market world-wide.

Could Facebook’s changes to their messaging system eventually cause the death of Gmail?  Stay tuned!